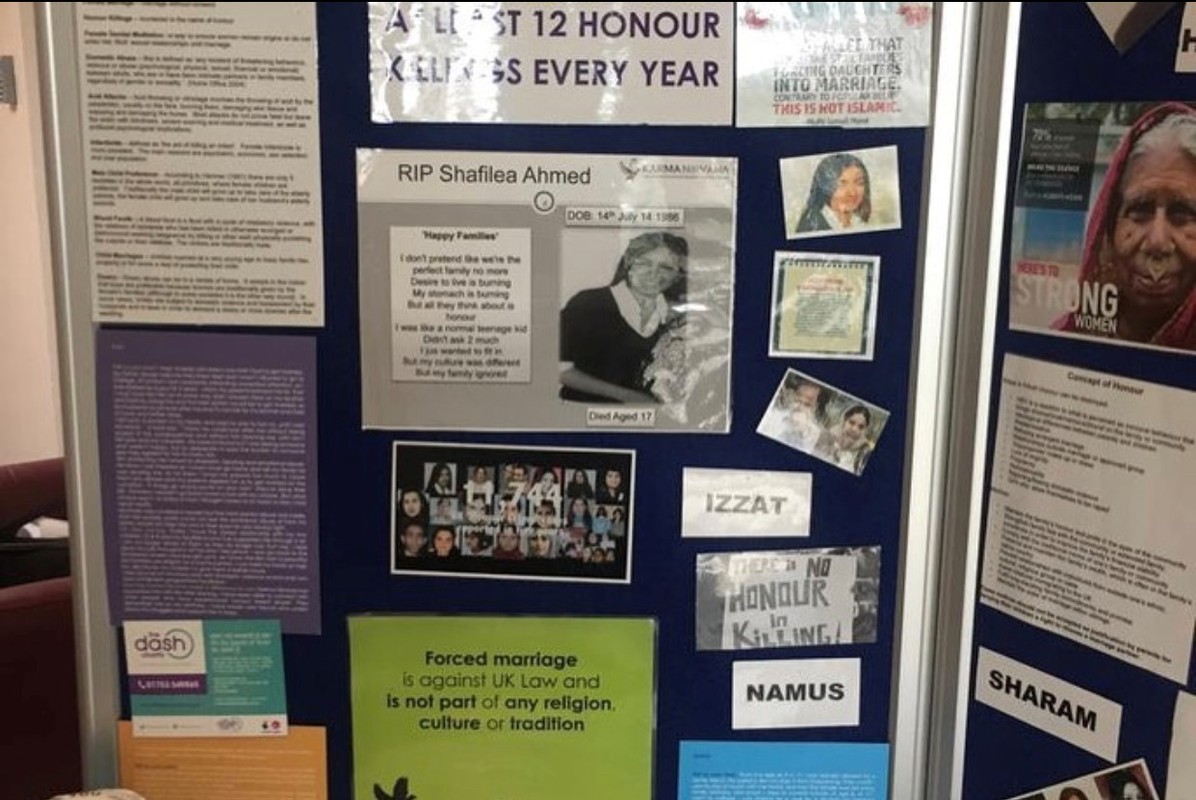 Sunday 14th July marked the 5th 'Day of Memory' for victims of Honour Based Violence.

For those of you who haven't heard about this before, this  was started by Karma Nirvana.Org.Uk , a national Charity supporting victims of Honour Based Abuse and Forced Marriage. It all started with remembering the life of Shafilea Ahmed who was murdered by her parents in 2003.

There are an estimated 12 honour killings each year in the UK although the exact number is unknown. Honour abuse often has multiple perpetrators (including women) from the immediate and extended family and sometimes the community at large.

The Dash Charity is experienced at supporting victims of Honour Based Abuse and Forced Marriage and has workers who speak your language and understand the cultural beliefs that reinforce this particular form of domestic abuse.

Forced Marriage is illegal in the UK and you can be prosecuted for arranging, trying to arrange or forcing someone into marriage against their will.

Honour is no excuse for abuse.

We can help - don't suffer in silence. If you believe you are at risk or someone you know is, we can help. We won't push you to make decisions you aren't ready to make, but we can help you stay safe and advise you on your rights and options in the UK.  Our help is free and confidential. Don't wait until it is too late.

The Dash Charity is registered in England and Wales under charity number 1127126 and company number 06758907 at 551 Fairlie Rd, SL1 4PY. We use cookies to improve your experience using this website.
Log in | Powered by White Fuse